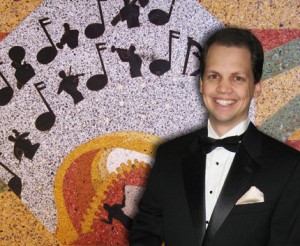 (Please scroll down for a short form bio for promotional use)

Bryan S. Wright, Ph.D., is a pianist and musicologist based in Pittsburgh, Pennsylvania, where he is presently an instructor at the University of Pittsburgh. He is also the founder and owner of Rivermont Records, a label specializing in ragtime and jazz.

A native of Lynchburg, Virginia, Bryan first showed musical interest as a toddler and began classical piano lessons with Sandra Horwege at age 5. Violin lessons were added two years later. In his early teens, Bryan became keenly interested in ragtime, jazz, and related styles, adding pieces by Scott Joplin, Fats Waller, and others to his repertoire. By 15 he was host of a popular weekly radio program, Sunday Night Nostalgia, heard in Central Virginia over WLVA-AM, WVLR-AM, and WLQE-FM. The program featured big bands, vintage jazz, and “old-time radio” dramas (with occasional live in-studio dramas that Bryan directed). As an undergraduate at the College of William and Mary (Williamsburg, Virginia), he furthered his piano studies with Christine Niehaus, taking time to host a weekly ragtime radio program, Elite Syncopations, on WCWM-FM. (The program provided the groundwork for the first 24-hour internet ragtime radio station, Elite Syncopations Radio, which Bryan operated from 2003 to 2010.)

Bryan S. Wright, Ph.D., is a pianist and musicologist specializing in ragtime and early jazz piano styles. With his wife, Yuko, he has performed and lectured on ragtime across the United States and abroad and released two full-length solo CDs, Syncopated Musings and Breakin’ Notes. He is founder and executive producer of Rivermont Records, a Grammy-nominated label specializing in ragtime and early jazz. Bryan holds degrees in historical musicology from the College of William and Mary and the University of Pittsburgh, where he is presently an instructor.